Alex Muller, born and raised in Cape Town, is no one new to the local music scene, having performed with various bands in the past 15-years, will release her first solo written EP, under the name WE KILL COWBOYS.

Music was an integral part of her life from a young age. At 3-years she clearly remembers listening to Nina Simone and demanding it daily for the months to come. At that point on it was clear, music was her language. At age 7 she became obsessed with playing the piano, and it was then that her musical journey began.

Alex grew up in the local underground scene, performing at skate parks and venues with her first punk band, Just Jack, at 16-years. She fronted the band, played the trumpet and soon began sharing the stage with her musical idols, Hog Hoggidy Hog, Fuzigish and The Rudimentals, to name a few.

Moving on a few years, she met her best friend and musical soul sister, Dominique Otto and the 2 became inseparable. They dreamed of playing in a band together and after a few years, their dream came to fruition and Peachy Keen formed.

From the beginning, the band blew up the South African underground music scene and soon signed with Sheer Music. The band toured extensively, performing and headlining most of the festivals around South Africa. During this time, Alex also worked as a music promoter, booking events for various venues around Cape Town, and organising tours for travelling bands.

After an incredibly successful 5 year run, Alex fell pregnant with her first child and began her next chapter in life.
Now a mom, she started working as a studio manager at The Body Architects Tattoo Studio, while still performing and touring with various well-known bands around Cape Town. After 3 years working in the tattoo studio, she became a full-time tattoo artist and then went onto becoming a proud co-owner.

During this time, Alex missed writing and performing her own music terribly. Besides her love of punk music and drawn to old Appalachian country music, including grunge and psychedelic rock. When COVID-19 hit the South African shores and lockdown loomed, Alex began writing her own songs again.

Once the lockdown levels eased sufficiently, Alex got together with her lifelong friend, Jon Shaban, and started recording her music at Sit The Folk Down Studio and a new musical project was born, WE KILL COWBOYS. Writing about views on world issues and the human condition, her music comes straight from the heart to connect the listener. To make it even more special, she’s had the pleasure of having some of her oldest friends, with who she grew up within the local punk scene, record and track her first solo written songs.

WE KILL COWBOYS is music that speaks about going against the establishment. It’s honest, real and raw.

Today sees the release of her debut EP Let It Burn, which was produced and mixed by Jon Shaban at Sit the Folk Down studio. 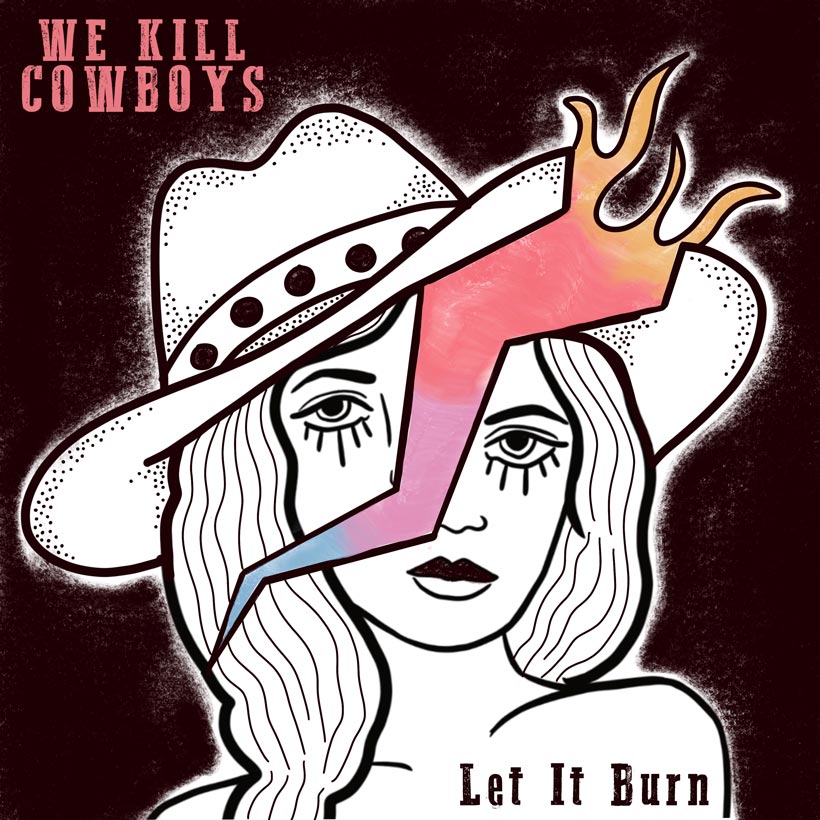