It is a pity that in conceding that Covid-19 “will be with us for some time” (Mercury editorial, March 14) the reasons given for its protracted presence are disingenuous.

In all the countries where most of the population has been vaxxed, Covid cases continue to spike. And the reason for that is obvious: contrary to the narrative of the WHO and all the jab adherents, it is the contents of the jab which is reigniting Covid in people. The latest celebrity to find that out is triple vaxxed former president Obama.

Yet despite the shocking shortcomings and adverse effects of the vax campaign, the so-called experts of the WHO with whom Professor Abdool Karim is closely affiliated, ignore the contrary findings of thousands of medical scientists and continue to advocate mass vaxxing. Our own Minister of Health Joe Phaala wants the unvaxxed 70% of the population to be jabbed.

If The Mercury published the data released by the CDC on February 26, it would note a 1,000% increase in infections amongst the fully vaxxed. If the opinion of the European Medicines Agency was published, people would avoid having booster shots because of the weakening effect they have on the immune system.

If the recently disclosed data of the Pfizer vax was published, data which Pfizer was compelled by court order to release, readers would have noted that the mRNA vax may cause any one of 1,291 side effects, the most prominent of which concerned heart, lungs, liver and infertility.

Given the fact that having the jab does not promote health, given the established fact that it weakens the body’s immune capacity, scientific reality nullifies Karim’s bet that in three years the pandemic will have wound down. The findings of VAERS – vaccine adverse reporting system – show that health risk is a distinct product of the vax.

That reality is attested to by Dr Jessica Rose, a biochemist at Israel’s Institute of Technology. She analysed VAERS data from 1991 to 2021. Up until December 2020 she found the annual average number of adverse effects was 39,000 with 140 deaths But from January 2021 up to February 2022, the number jumped to 1,1 million with 23,000 deaths.

If the pandemic is unpredictable, as The Mercury’s editorial states, then how is it that Professor Karim and Adrian Gore of Discovery have predicted the fifth wave will manifest at the end of April?  While science has not evolved into calendar events, what is so obvious is their agenda to continue, disingenuously, to promote the jab. 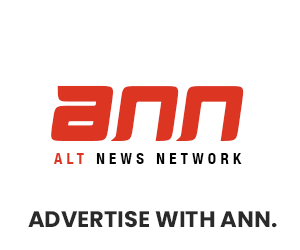