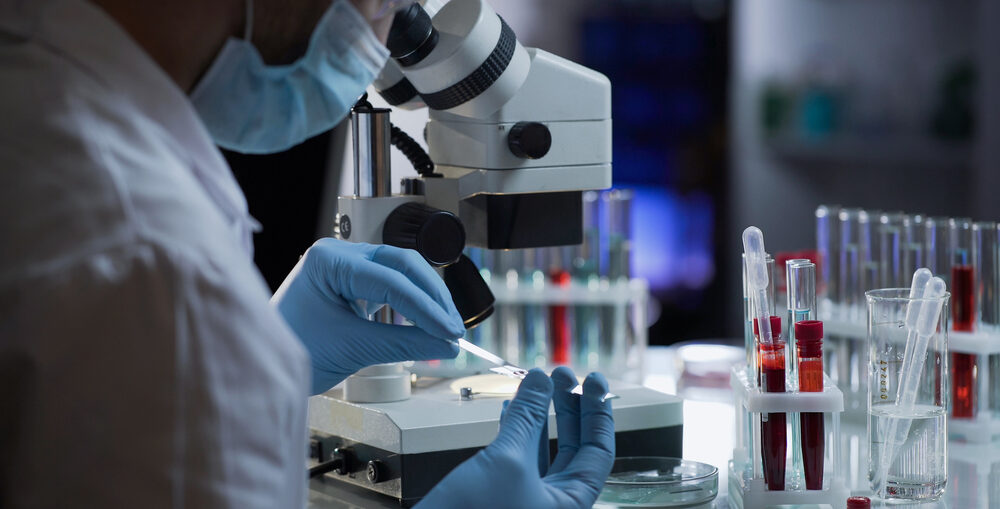 The idea that SARS-CoV2 is such a dangerous pathogen that it needs to be classified as a hazardous biological agent (HBA) defies all logic, according to Dr Herman Edeling, a specialist neurosurgeon in medico-legal practice.

An outspoken critic of vaccine mandates, Dr Edeling was reacting to the Department of Employment and Labour’s decision to list  SARS-CoV2 as a Group 3 HBA (the last but one most serious hazard) under South Africa’s Hazardous Biological Agents regulations.

The regulations were published by the department on 16 March 2022 in terms of section 43 of the Occupational Health and Safety Act (OHSA). A Group 3 HBA is classified as “a hazardous biological agent that may cause severe human disease, which presents a serious hazard to exposed persons and which may present a risk of spreading to the community, but for which effective prophylaxis and treatment is available.

“It makes no sense to call COVID a hazardous disease in South Africa, when fatality rates are so low, especially among people below retirement age,” says Dr Edeling. “Of all the diseases that affect mankind, COVID is not a problem worthy of such a description”.

“The majority of the South African population is immune to COVID, and although the Delta variant was more serious, the Omicron virus does not cause serious disease.”

According to legal firm, Bowmans, the classification will be welcomed by employers who have implemented vaccination requirements in the workplace – or who intend to do so – to justify their requirements of vaccination as a control measure.

NOT AN EXCUSE FOR VACCINE MANDATES

Dr Edeling says this idea ignores several facts. “First, is that 150 studies show that natural immunity is the best protection against COVID, and ordinary Vitamins D3, C, and Zinc are the best protection against COVID. If you catch COVID, then various protocols such as those developed by Dr Peter McCollough and the FLCCC are proven to have an over 75% effectiveness in keeping old and vulnerable people out of the hospital and preventing them from dying.

“But more important, is the simple fact that these COVID ‘vaccines’ don’t work,” he says. “It is an established fact that vaccination neither prevents you from contracting COVID nor transmitting it to others”.

“Even more ridiculous, however, is that the virus for which they were designed is no longer in circulation. It’s like saying let’s use a 2018 flu vaccine for the 2022 flu strain. Those who say that it works either means they are talking in ignorance, or they are knowingly promoting falsehood.”

Dr Edeling is equally critical of some companies’ approach to require employees who refuse to vaccinate to submit to weekly PCR tests, which are notoriously unreliable. “Negative PCR test results are not a guarantee you are free from infection,” he points out. Positive test results are similarly of no value, as seemingly recognised by the current Level 1 restrictions, which state that if a person tests positive but has no symptoms, they are not required to isolate.

VACCINES NOT EFFECTIVE, BUT NOT SAFE EITHER

But the real problem with forcing people to vaccinate, is that the mantra that they are safe is equally as false as saying they are effective, says Dr Edeling, who explains that the mounting evidence of vaccine injuries is just the tip of the iceberg.

“Not one of the manufacturers or government authorities does proper pharmacovigilance. The only way to know if the vaccines are safe is to follow up on every vaccinated person, and this doesn’t happen in any country. Research shows that vaccine adverse events are massively under-reported at between one and 10%. One study suggests the number is less than one percent. A group of analysts recently estimated that the data reported in CDC VAERS represents about three percent of actual events.”

There are several reasons for the low reporting, he says. “Every decision to report an adverse event is voluntary, so the Centers for Disease Control (CDC)’s Vaccine Adverse Events Reporting System (VAERS) only contains reports from doctors, patients, or families of people who have died, who have taken the trouble to report it.”

“Added to that, few people know that they should report any injuries, while many (especially in countries like South Africa) don’t have the means, know-how or support to report them.”

He adds that many doctors in a group he belongs to are reporting numbers of patients who have experienced adverse events who don’t want to submit injury reports because they refuse to believe it could be from the vaccine. Dr Edeling believes this arises through cognitive dissonance as a result of the widespread media campaign promoting vaccination.

MORE ADVERSE EVENTS THAN ANY OTHER IN HISTORY

“Despite the notoriously low reporting, the actual reports on reporting systems the world over are higher in orders of magnitude – up to 30 times more – than any other vaccine in history,” says Dr Edeling. These include databases of, among others, the CDC’s VAERS, European Medicines Agency’s EudraVigilance and the UK’s Yellow Card system, VigiAccess.

He concludes: “Given the above, promoting the vaccine, whether by the government, the corporate sector or the medical profession itself, is a moral failure. Describing COVID as a hazardous disease is merely another tactic to herd anyone refusing the vaccine into accepting a dangerous injection that has been proven to be incapable of fulfilling its purpose.”

Maggie van der Bilt
Maggie is a freelance writer and editor, with a strong interest in health. The world today reminds her of a group of holidaymakers standing on the beach, watching the strange sight of the sea slowly being sucked back, leaving boats stranded on the sand, and hidden rocks suddenly exposed. The crowd stares in amazement, wondering what is going on, while others, including the birds and animals, are dashing for the safety of the hills. Meanwhile, stretched across the horizon, a long, dark shadow looms, edging ever-closer. The dazed crowd remains where they are, while their children build castles in the sand. “The truth is hiding in plain sight, yet few can see it.”