Skip to content
You are here
Home > Entertainment > Documentary

National Geographic Wild’s 11th Big Cat Month showcases a lifetime of wildlife filmmaking by acclaimed local big-cat filmmakers Dereck and Beverly Joubert, including the premiere of their first film on Cheetahs, narrated by award-winning actor Jeremy Irons. National Geographic Society’s commitment to conservation continues through its Big Cats initiative, which supports on-the-ground research and efforts to help protect big cats and their habitats. JOHANNESBURG, 26 JANUARY 2022: National Geographic Wild’s 11th annual Big Cat Month takes place this February with a month of programming dedicated to the fiercest felines, creatures of magnificent strength, ferocity and beauty. With visually impressive and powerful stories from around the world, from lions, tigers, cheetahs and leopards to the most unknown and forgotten such as the several,

New Documentary reveals a Maya Megacity New High-Tech Aerial Surveys Reveal What Could Be the Biggest City in the Entire Maya World — Transforming What We Know About a Mysterious Maya Dynasty Known as the Snake Kings. Johannesburg 2 November, 2021: The ancient Maya city of Tikal in modern-day Guatemala was once one of the greatest cities on Earth. Wealthy, powerful and spectacular, with a population of a hundred thousand people or more, it dominated the Maya world for almost a thousand years. But around one and a half thousand years ago, at the very height of its powers, something apocalyptic happened. The city’s records, carved in stone throughout its history, suddenly stopped for more than a century. Now, in a new documentary, LOST

From Lucky 8 and Cambrian Creative, Storm Chaser and Meteorologist Dr. Reed Timmer Heads Into the World’s Deadliest Storms To Gather Data To Better Understand How They’re Evolving in the Changing Global Climate. STORM RISING Premieres on National Geographic on 23 September. JOHANNESBURG, 16 September 2021: Has extreme weather around the globe reached a new category of intensity? Storms are stronger than ever before, and they’re causing unprecedented destruction. Scientists want to understand why and find out how much worse it can get. National Geographic, Lucky 8 and Cambrian Creative partnered on STORM RISING, a high-adrenaline ride-along series. Reed Timmer and storm expert Mike Theiss track down extreme weather events, collect data and just barely make it out of harm’s way.

Johannesburg, 28 June, 2021: National Geographic is making a splash this July with the ninth annual Sharkfest. The must-sea summer event swims onto screens with Shark Beach With Chris Hemsworth on Saturday 3 July at 18:00 (CAT) and continues throughout the month with premiere shark programming every Saturday and Sunday from 18:00 on National Geographic Wild (DStv 182, Starsat 221). Shark Beach With Chris Hemsworth follows the global movie star as he embarks on a personal mission to investigate how we can live more harmoniously with sharks. The one-hour documentary special from Nutopia (“One Strange Rock”) features shark icon and conservationist Valerie Taylor, who takes Hemsworth for a shark dive to experience firsthand the awe and beauty of nurse sharks, and

Series showcases the heart-warming work of charming vet duo at a bustling veterinary clinic treating animals of all shapes and sizes Johannesburg 15 June, 2021: The much-anticipated Critter Fixers: Country Vets series will premiere on National Geographic Wild (DStv 182, Starsat 221) on Fridays at 18:00 from 2 July. This six-part series showcases the heartwarming, interesting and often complex veterinary work done by Dr Terrence “T” Ferguson and Dr Vernard Hodges, who together run the Critter Fixers veterinary practices in rural Georgia. The series premieres with a double bill, with one episode airing per week thereafter. Dr. Ferguson and Dr Hodges are not only extraordinary vets but also lifelong friends. Together with their loving staff, these animal doctors bring real heart, soul

The third season of the limited series starring Cynthia Erivo as the Queen of Soul, Aretha Franklin, and Courtney B Vance as CL Franklin will premiere on National Geographic across Africa Johannesburg 7 June, 2021: The next instalment in the highly anticipated, multiple Emmy® award-winning anthology series, GENIUS, this time honouring the Queen of Soul, Aretha Franklin, will premiere exclusively on National Geographic across Africa from Wednesday 30 June 2021, at 21:00 (CAT). Starring double Oscar®-nominee Cynthia Erivo (“Harriet,” “The Color Purple”) in the title role, GENIUS: ARETHA, will start with a special double episode event across the continent, with one episode per week thereafter. Additionally, each episode will be available on DStv CatchUp after the linear broadcast. GENIUS is National Geographic’s critically acclaimed 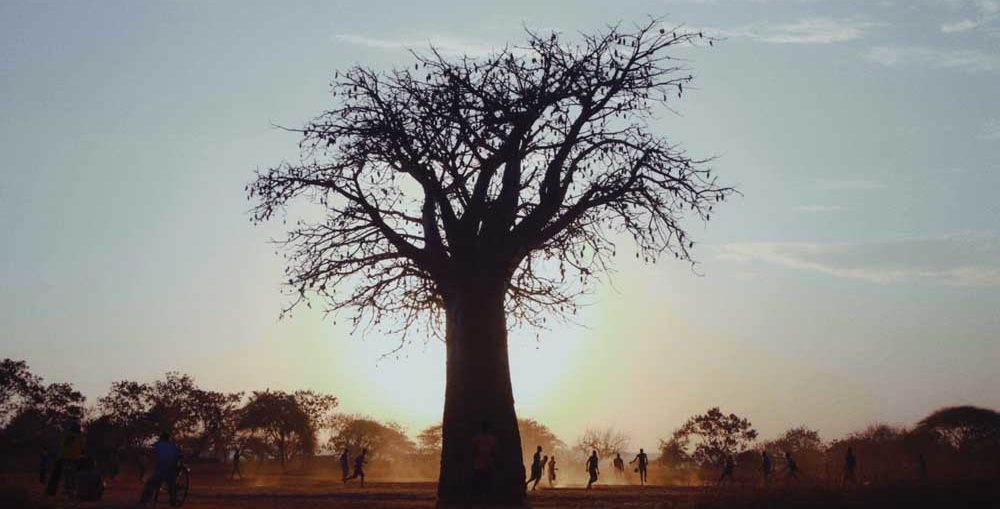 Documentary depicts how 100 million hectares of land across Africa are being restored Johannesburg, 24 May 2021: National Geographic’s Planet Possible Campaign gets into full swing this World Environment Day Weekend, with the premiere of The Grand African Green Up, a documentary special that celebrates the remarkable, leading work of the African Forest Landscape Restoration Initiative (AFR100) being accomplished on the continent. Premiering on both National Geographic (DStv 181, StarSat 220) and National Geographic Wild (DStv 182) on Friday 4 June at 18:00 (CAT), with a repeat on 5 June at 18:10 on National Geographic, The Grand African Green Up profiles the mission of the AFR100, as they strive to restore at least 100 million hectares of land by 2030. Showcasing the on-the-ground

On March 20th 2021, people in over 40 countries across the world gathered in peaceful unison for a worldwide demonstration - to oppose disproportionate government measures threatening the very foundation of their rights and freedoms. Legacy media appallingly misrepresented and downright ignored this huge international effort. Produced by Oracle Films, in collaboration with CoviLeaks and independent journalists in over 40 nations – this documentary is an authentic account of what actually happened on March 20th, what protestors worldwide were standing against, and why the media went to such lengths to conceal the truth. ⁣"We received no funding for this project. Since our PayPal was shut down at the behest of the BBC, we have been asked where people can donate to us.